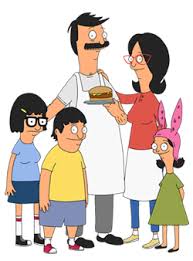 THE POWER BEHIND ME

It can take a good few years for some to prepare a speech.

Some take longer to rehearse it.

Thus it fell to Louise Belcher, now older and wiser in her years, and in the quickest manner of time, to write and prepare something for her best friend Rudy on the eve of his big town hall meeting where he would speak on the importance of keeping to a strict approach in power point presentation.

After putting together something she hurridly raced to where he’d parked his car outside of the restruant and fastend the speech to the front of the car.

Rudy stared at her out of the window coldly

“Your speech, you can rehearse while you drive” Louise replied.

“How in the hell can I see where I’m going” Rudy said.

“No, it’s reality about to take me on a ride before a good hard crash” snapped Rudy, before clutching his chest in pain.

“Oh Rud Dog, you’re the only dweeb I know who lets his jitters give you the willes” said Louise, handing him his inhaler.

“Right, I might as well look over this now” he said, getting out of the car and reading the speech fastened to the front of the wind screen wipers.

“Power has a point

Power has a point

I may just be very serious

Rudy glanced at her with a cold and icy glare

“Louise, this is’nt a speech, it’s an entrance theme, you’ve even written the musical notes above it all”

“Oh, sorry, I forgot to give you the original manuscript for when you have to read it” said Louise, making Rudy wait an extra five minutes while she searched her room for it and handed it back to him.

“Louise, this is in japanese” he said

“Yeah the whole song is in japanese, I recently came off a crash course on it as part of home university. The english version is to be photocopied and handed to everyone in the meeting so you know what to say when you read off the original manuscript”

“You want me to make my presentation singing Japanese?” said Rudy.

“I keep telling you, the presentation is all there, you just have to show them what’s on there while singing, it’ll prove a hit don’t worry. I suggest you let Gene bring his keyboard along, he’s got the right mix of tracks, you’ll do great, and you can record everything on a selfie stick attached to your microphone” she said, handing Rudy the item.

Rudy was tempted to take another breath of his inhaler.

“I always thought this job would be too much”

“Hey, you signed on for it” said Louise

“Oh, it’s me is’nt it? I’m the job to you all of a sudden” exclaimed a cross Louise.

“I’m just mad it is’nt 9 to 5” said Rudy, stroking her hair gracefully and picking her up in his arms.

Louise smiled and rubbed her nose on his before taking a bite of it.

“All those sleepless nights lately with that Australian flu really made you miss this huh?” Louise remarked.

“Considering you’re the one I contracted it from, you sure did make me feel like your body wanted some space from mine” Rudy joked.

The two twirled around the spot where they stood before Rudy realized he was two minutes late. He gave Louise an impactful kiss on the lips, Louise responded with a tender sting of a slap before Rudy got back into the car with the Japanese version of the manuscript. He refused to take the English version.

Louise was impressed at the choice.

“I know a thing or two about the langauge, they don’t, I’m going to look like Mr. Yakuza to them, nothing but the rising sun in my attitude and the power behind me”

“Which also happens to be what’s currently in front of me” he said.

Rudy kissed her one more time before driving down the edge of the warf.

Lousie watched him go, and took a look at the english manuscript, humming the bars of the japanese music to herself as she ventured back inside.

“So close, I’m so close, why did it have to freeze now?” he snarled as the circular loading icon spun around, his eyes tracking it and going into dizzying circles

Virgil walked in on him, nursing a steaming hot cup of coffee.

“Having trouble with another file?” he asked.

Gordon was tempted to slam the laptop shut, but hesitated.

“This is’nt even the same report I was filing earlier” Gordon revealed.

“To be fair, the last thing you were trying to upload was a movie” Virgil added.

“Yes, but this report has video logs as well as regular data, so it’s having just the same amount of trouble. Since the files are only 25 minutes in length, I thought it would be easier to upload, but no, same problem”

“The computers you use aren’t really up to scratch with the types the rest of us use, maybe it’s just a case of the computer being incompatible with the software of the file hosting sites?” Virgil suggested.

“Or maybe this thing needs a good kicking” said Gordon.

“Why do people always go on and on about how delicate everything is around me?” Gordon asked.

“Then give me a means of blowing off my steam” said Gordon.

“Physical exercise is always good, a few push ups here and there does me wonders”

“Alright, bench press with me on top of you”

“Woah, woah, I didn’t mean push you up, I meant do it yourself”

“I’m not sure you’re understanding the whole point, I do what you ask, and it becomes just a lazier means of calming you down without you putting any effort into it yourself” Virgil replied.

Virgil’s pride could only take so much abuse.

“Great, there’s no way you’ll sit me for up more than a couple, you keep score and I’ll make you sore”